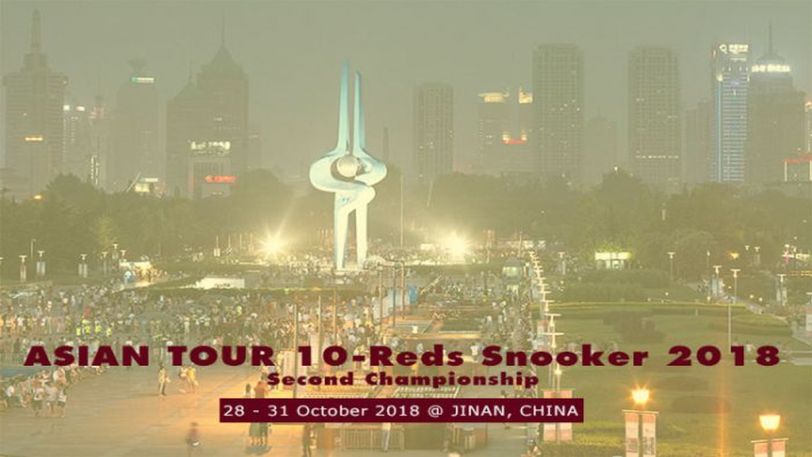 28 October, 2018 - 31 October, 2018
International
Jinan, China
Snooker
The second stage of the ACBS Asian Tour 2018 is being held in Jinan, China from 28th - 31st October , which is being hosted by the Chinese Billiards & Snooker Association (CBSA) in Jinan.
Muhammad Bilal, Haris Tahir and Babar Masih from Pakistan will be participating in the 2nd Asian Tour which includes Muhammad Bilal the Champion / Winner of the 1st ACBS / IBSF Asian Tour 2018 held recently in Doha, Qatar.
The top 24 cueists, including the IBSF and regional snooker players will participate in this tour, together with the Asian champions of 2018. The total prize money of the event is $40,000 with the winner to receive $12,000 and the runner-up to get $6,000.
Pakistani players will be departing for Jinan , China from Lahore on 26th October 2018 for participation in the above 2nd ACBS / IBSF Asian Tour, China 2018.
The PBSA chairman said that Bilal, one of the premier cueists of the country, has made Pakistan proud as he triumphed in the opening round of the event, staged at the QBSF Snooker Academy in Doha from September 26 to 29.
“Bilal has got off to a dream start in the Asian Tour Event and he has a golden chance of emulating his feat. He has shown that he can handle the pressure of big matches and here is another opportunity for him to collect a fabulous purse again,” Valika observed in a brief chat here at the Karachi Club on Thursday.
“Bilal’s performance is a source of inspiration to the whole lot. The confidence of Babar and Haris has been boosted by the title win of Bilal in Doha and they can make it count in the Chinese city of Jinan,” the PBSA Chairman said.