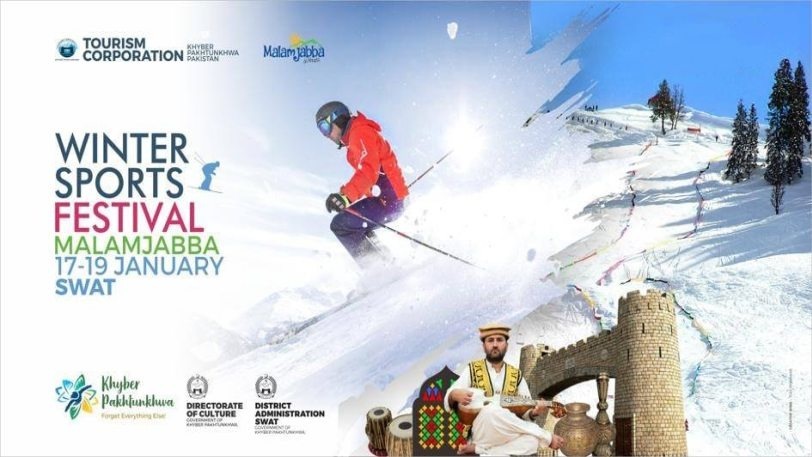 A number of winter sports games including skiing, speed skating, ice hockey, sledding and tobogganing, music show, food and display of handicrafts and others were part of gala.

TCKP Managing Director, Junaid Kha said that the TCKP in collaboration with the district administration of Swat and other partners from private sector were made arrangements to hold the winter sports gala in a befitting manner to lure more tourists and visitors to the famous valley of fairy tales and citadel of Buddhism religion in the ancient era.

Malam Jabba is the only civil skiing resort in Pakistan at about 8500 feet above the sea level.

Besides skiing, alpine ski, skating competitions for both under-15 boys and girls and seniors, curling, snow-tubing and others were also part of the gala.