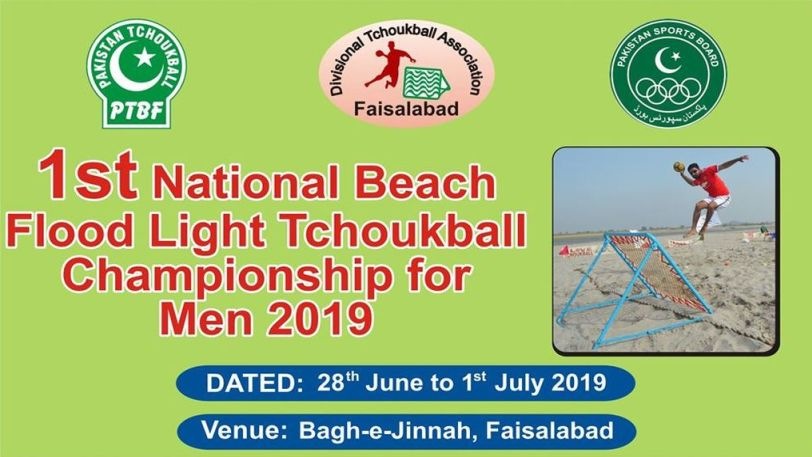 28 June, 2019 - 30 June, 2019
Faisalabad
Bagh-E-Jinnah
News
Pakistan Tchoukball Federation (PTF) under the supervision of Divisional Tchoukball Association Faisalabad is organizing the National Beach Flood Light Tchoukball Championship For Men into the current year which will mark its first ever edition.
This championship is featuring as many as ten (10) teams belonging to various provinces as well as divisions of the country, players from whom will be seen competing with all their skills so as to earn the ultimate title of the championship.
Participating teams are namely stated below:
1. Punjab A
2. Punjab B
3. Pakistan Police
4. Islamabad
5. Sindh
6. Pakistan Air Force (PAF)
7. Balochistan
8. Khyber Pakhtunkhwa (KP)
9. Gilgit Baltistan (GB)
10. Azad Jammu and Kashmir (AJK)
This championship will begin its proceedings from 28th June and will continue till 30th June at Bagh-E-Jinnah, Faisalabad.