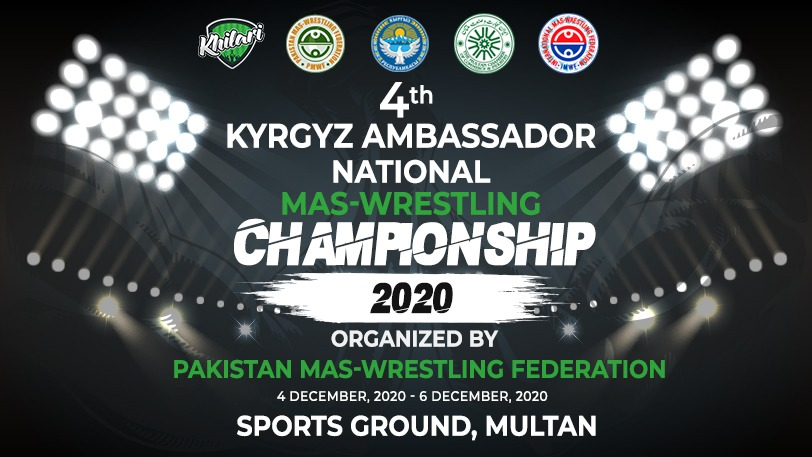 Pakistan is all set to host another mega wrestling event on a national level, which is open to all teams, players and spectators without any fee.

The event has been named as “4th Kyrgyz Ambassador National Mas-Wrestling Championship” is scheduled to be held from 20-21 March 2021 at Sports Ground, Multan.

Over 25 teams from across the country will participate in the championship while 250 to 300 matches will be played.

The championship would be concluded on December-6 while prizes, gift hampers, medals and souvenirs will be given to the position holders and officials.