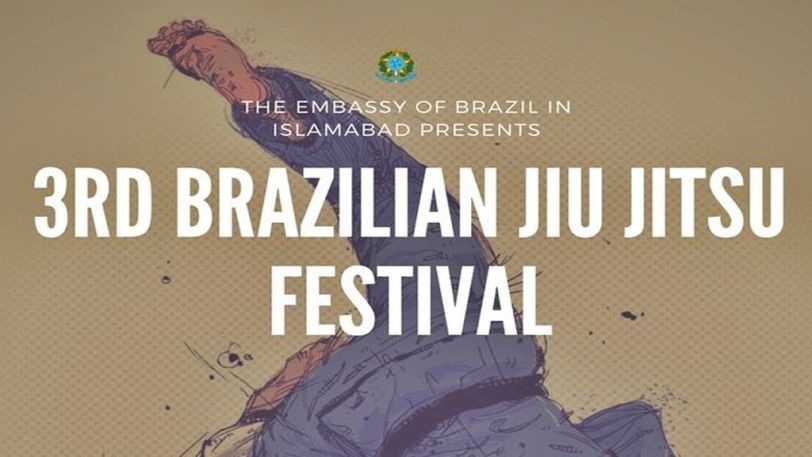 23 November, 2019
Karachi
Foundation Public School - Junior Campus
Martial Arts
The third edition of Brazilian Jiu Jitsu Festival would be held on 23rd November at Foundation Public School - Junior Campus in Karachi with the help of Embassy of Brazil in Islamabad.
The event will be held in a Brazilian Jiu Jitsu Tournament format where competitions will be held for both male and female fighters. The men will have their fights being contested in a total of six different weight classes while the women fights will be competed in two different weight categories.
MEN:
1. -56 KG
2. -62 KG
3. -69 KG
4. -77 KG
5. -85 KG
6. -94 KG
WOMEN:
1. -55 KG
2. +55 KG
As per the rules, fighters will be allowed 0.5KG to be over their weight but will be moved to a higher weight category if above 0.6 KG+.
The championship will begin at 02:30 PM sharp where the weigh ins will be conducted first and then the formal proceedings will commence till 9 PM. The competitions will be held in the GI only JJIF Rule set, or IBJJF black belt rule set.
6th Degree Black Belt, Prof. Carlson Gracie Jr., from the legendary Gracie family of Brazil and founders of Brazilian Jiu Jitsu will be the guest of honor who will grace the event opening and the following day will be conducting a seminar open to all students at the Carlson Gracie Team Karachi Club as a separate event.
The ones who wish to take part in this championship need to get themselves registered before 16th November at carlsongracieteamkarachi@gmail.com for Rupees 500 only. Free giveaway event T-shirt will be given to all the competitors (while stocks last) and proper medals for podium finishers.
It has been stated necessary that all the participants must bring their CNIC cards on the championship day and if not, they won't be allowed to enter the podium.
Whereas an official photographer and videographer will also be made available at the event along with food and merchandise stalls.