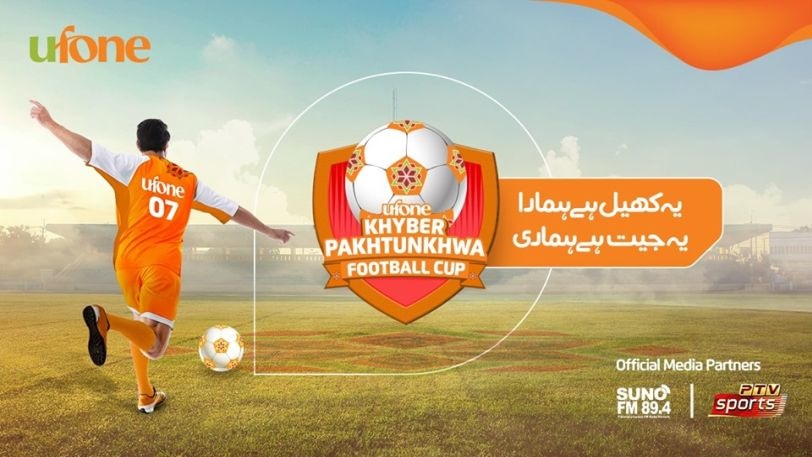 2 October, 2019 - 22 November, 2019
Other
Different venues of 21 cities
Football
Ufone with the aim to help endorse football in the province and prove to be a great platform for the emerging young players to learn and display their footballing skills is organizing the Khyber Pakhtunkhwa Ufone Football Tournament for the first time ever.
The Khyber Pakhtunkhwa Tournament will have its qualifiers first that would feature as many as 64 teams players from whom would be seen competing with all their talent against each other so as to emerge as one sole winner of this mega football fiesta.
The first leg of the tournament qualifiers will be played in the cities of Mansehra, Abbottabad, Haripur, Chitral, Lower and Upper Dir, Swat, Buner, Malakand, Sawabi, Mardan, Charssadda, Nowshera, Peshawar, Kohat, Hangu, Karak, Bannu, Lakki Marwat, D.I. Khan and Tank. The mentioned cities have been divided into four regions i.e. Hazara, Malakand, Peshawar and Kohat.
The top two teams from each region will qualify for Super 8 stage of the tournament that would be played on 18 and 19 November, with top 4 progressing into the semifinals which will take place on 20 November while the final is scheduled for 22 November that will be played under floodlights at Tehmash Khan Football Stadium in Peshawar.
Ufone’s Brand Ambassadors and Baloch football stars, Fazal Muhammad, Jadeed Khan Pathan and Riaz Ahmed will provide coaching and mentoring to the young footballers participating in the tournament.