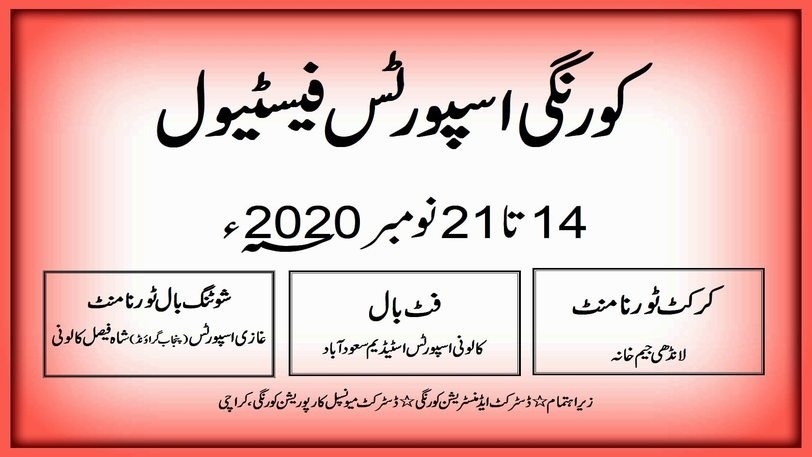 Shehryar Gul, Administrator and Deputy Commissioner Korangi has announced that the Korangi Sports Festival which will be played from Nov 14-21 at the Rashid Latif Academy No.5 ground in Karachi.

He said that the festival will begin with competitions of cricket, football and shootingball in the first stage in which all talented youth and players from the Korangi district will take part as per the vision of Sindh Govt and CM Murad Ali Shah.

The festival will kick-off with an exhibition cricket match at the Rashid Latif Academy between Commissioner Karachi XI and Chief Secretary XI.