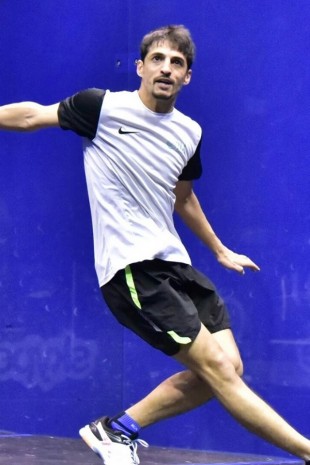 Biography:
Farhan Zaman is an experienced member of the PSA World Tour having made his debut as far back in 2008.He lifted his first PSA World Tour title at the Milad Open in 2011 and then reached three successive finals at the turn of the year but lost out in all of them. Zaman made amends though in 2013 with victories at the CAS International Squash Championship and the Chicago Open coming within the space of two months. The Pakistani No.2 moved into the world's top 60 in June 2014 and reached the semi-final of the FMC International Pakistan in April 2015 before losing to eventual winner Nasir Iqbal. Zaman ended a two-year title drought at the Any Presence Open six months later, prevailing over Abdulla Mohd Al Tamimi in the final. Zaman belongs to a squash family and his Uncle Qamar Zaman was the Ex-British open champion. Zaman's Cousin Shahid Zaman and Mansoor Zaman was also the Ex Top 15 players in the world. Recently Zaman won the silver medal in the SAF Games 2016. His current world ranking is 59 in the world.Farhan Zaman is ready to compete against World no.9 Karim Abdel Gawad in April at PAF Museum Karachi, Pakistan.