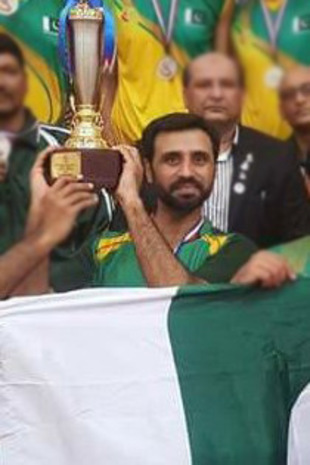 
Akhtar Jutt is the celebrated captain of Pakistan Netball Team. He has started his Netball career in 2004.

Akhtar holds the highest title in the history of Pakistan Netball.

He lives in Peshawar and belongs to Hafizabad. He has studied at the University of Punjab and went to Govt High School Madhairanwala for matriculation.