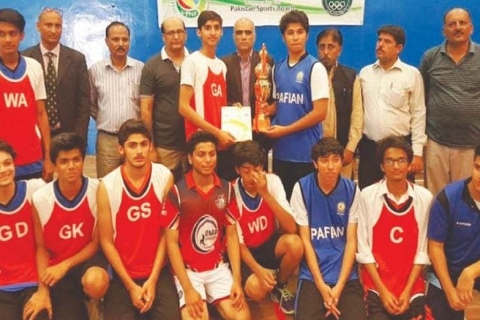 The final match was played between The City School PAF Chapter and Shah Wilayat School teams which was won by former by 9-4.

Riaz Bari, General Manager Medicam Group and Rafique Pirdaza, Director PSB Coaching Centre, Karachi were the chief guests on the closing ceremony and distributed the trophies and certificates among the players and teams.

Earlier on Tuesday, a netball boys training and coaching program was organised by the PNF in which fifty players and students participated.

The PNF officials delivered their lectures during the program and also demonstrated the playing techniques. PNF president Mudassar Arain imparted lecture on netball rules while Khalid Pervaiz spoke about the netball techniques. Mohammad Anwar later spoke about the importance of of physical fitness while Shazia Yousuf and Nayab Razia demonstrated the netball playing tactics.

After this session, the participants also played practise matches and implemented the rules.