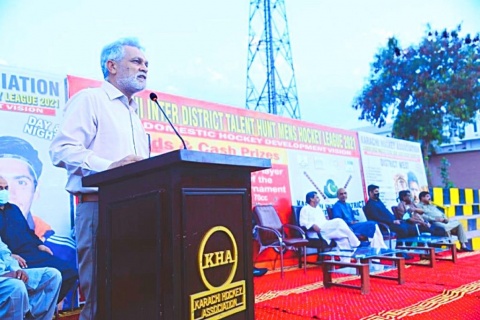 The Karachi Hockey Association (KHA) feasted the Youth hockey club for winning the all Sindh Moenjodaro Inter-Club Hockey Championship at Larkana, in a colourful ceremony was held at the KHA Sports Complex.

General Suri thanked KHA for his nomination and pledged to take it to new heights. General Suri, who used to play very fine hockey during his heydays, lauded the role of Karachi which has generated a large number of Olympians and Internationals during the last 74 years.