Japan maintained their unblemished record against Pakistan by winning the Davis Cup by Rakuten World Group I tie 4-0 at the Pakistan Sports Complex grass courts, Islamabad. 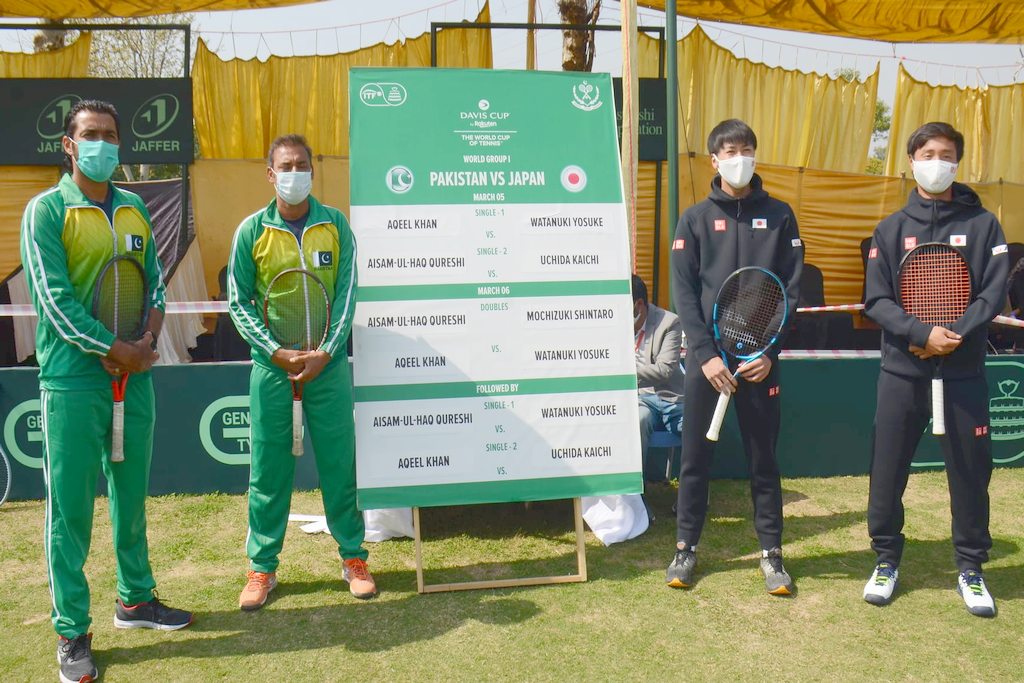 17-year-old Wimbledon 2019 Junior Champion Shintaro Mochizuki alongside Sho Shimabukuro displayed some exciting shots during the double win against experienced Aisam-ul-Haq & Aqeel Khan, both the players have represented Pakistan in over 90 Davis Cup matches in a career spanning over two decades, winning the doubles 4-6 6-4 6-2 to take the tie with an unassailable 3-0 lead.

In a relatively insignificant reverse singles, world no. 338 Yuta Shimizu made light work of Muzammil Murtaza 6-1 6-1 to give his team a decisive 4-0 win in the tie.

With this win, Japan has retained a clean sheet against Pakistan, winning all four of the Davis Cup ties held so far between the two countries, and booked its place in the 2022 Davis Cup by Rakuten Qualifiers.

Pakistan’s next Davis Cup outing will be in the World Group I Play-offs in February 2022.