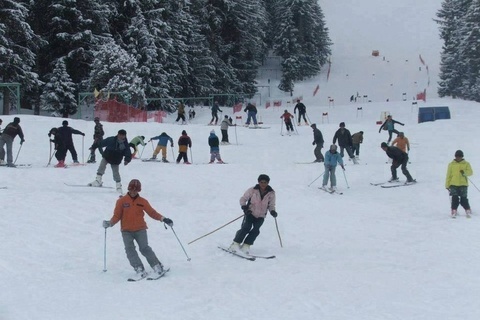 PAF skiers also showed their class in the Giant Slalom category races as well. Both gold and silver medals in the category were won by Ishtiaq and Ashfaq from PAF team, whereas Swat's Ahsan claimed the bronze medal.

Around 100 national skiers from all over the country were participating in the magnificent Naltar Ski resort under the auspices of PAF and Winter Sports Federation of Pakistan (WSFP).

PAF and WSFP jointly arrange these events each year in a bid to promote winter sports in the country and sports tourism in snowy mountains of Gilgit-Baltistan and Khyber Pakhtunkhwa.