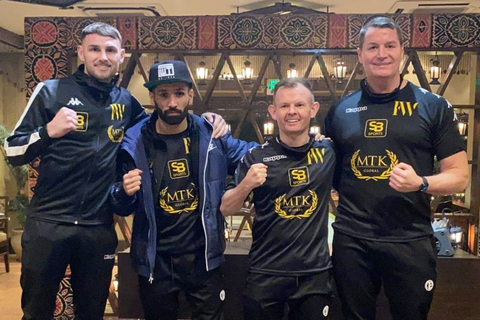 It was a homecoming to remember for Muhammad 'The Falcon' Waseem who stunned onlookers yet again as he produced a lethal game-plan to stoppage victory over Jeny Boy Boca at Amir Khan Promotions Professional Boxing Event.

The 33-year-old Waseem (11-1, 8 KOs) confidently entered the ring to face  Jeny Boy Boca (14-7, 12 KOs) of Philippines in front of his loyal compatriots in Lahore, and remained in control throughout the bout to ensure it was a memorable night as he came out on top.

The Pakistani superstar was declared the winner unanimously at the end of eight round stoppage win, much to the delight of those in attendance.

This victory was Waseem's twelve magnificent triumph in his blossoming professional boxing career and added to the record of 11 previous wins with only a single loss.

The event 19th December was put on by Amir Khan, with Quetta born boxer Waseem being idolised by fans throughout the week leading up to his fight in Governor House, Lahore, Pakistan.

It means that Waseem, who is also known as ‘The Falcon’ has now moved one step closer to a crack at a world title, as he looks to become flyweight world champion in 2021.