All four boxers which qualified for final lost their fights to win the Silver Medal. 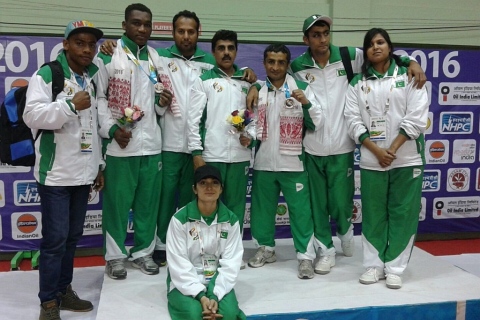 South Asian Games 2016
All Pakistani boxers who qualified for the final lost their fights and were awarded with silver medal. Mohibullah came closest to the victory in 49 kg category but lost 2-1 in the final.

Tanveer Ahmad lost to Vikas Krishan on the 75 kg category in a unanimous decision of 3-0. Mohammad Syed Asif also lost to Madan Lal 3-0 in 52 kg cateogry, While Ahmad Ali was defeated by Dheeraj Rangi in 60 kg bout.

These four medals in boxing takes Pakistan overall medal tally to 100 including 10 gold and 35 silver medals. India lead the medal tally table with 181 gold medals while Sirilanka are on second with 25 gold medals.