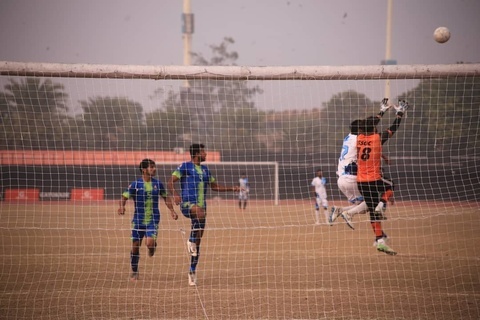 KPT edged out Higher Education Commission 1-0 in their quarter-final at the Punjab Stadium thanks to Mohammad bin Younus’ 37th-minute penalty.

SSGC scraped past Pakistan Air Force 5-4 on penalties after their match ended 1-1 after extra time. Faisal sent the game into extra-time with a 70th-minute strike to cancel out Saddam Hussain’s opener for SSGC two minutes into the second half before SSGC goalkeeper Saqib Hanif made the match winning save in the shootout.

Saqib Hanif may have just single-handedly helped his team advance to the semi-finals with his unwavering stopping power that prevented Pakistan Air force from advancing towards.

After both HEC and KPT caused major upsets in their Round of 16 matches, they will face off each other for that coveted spot in the semi-finals where they will either face off against the veterans and more experienced teams of SSGC or Pakistan Air force.