11 teams yet have qualified for the National Football Challenge Cup 2020 round-16, which continues in full swing at the different grounds in Lahore. 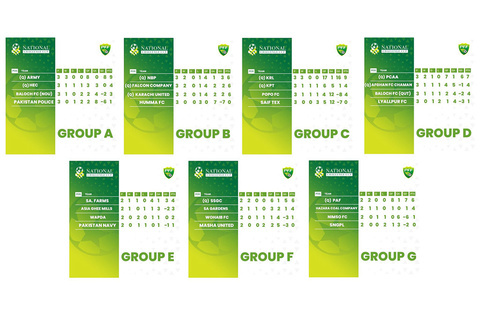 The National Football Challenge Cup continue in full swing at the different grounds in Lahore.

The event carries 28 teams which have been divided into seven groups of four teams each.The top two teams from each group and the two best third-placed teams will make it to the round-of-16, which will be followed by the quarter-finals, semi-finals and final.

The pool matches of Groups A to D are completed with their qualified teams featuring in Round of 16 while Groups E to G will finish today (9th Dec) with Six games in a single day.

Watch all the matches on MyCujoo App or Website: