Seven-year-old Zubaida Khan, a professional skier is getting training at Malam Jabba Ski Resort to participate in some of the top skiing competitions in the world. 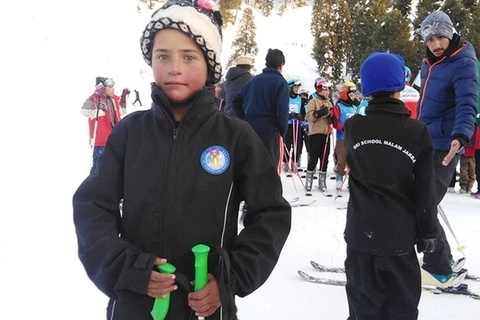 Until about a year ago, seven-year-old Zubaida Khan was selling boiled eggs to tourists in her native town to support her family, but she is now a professional athlete who is training to participate in some of the top skiing competitions in the world, a senior official at the Malam Jabba Ski Resort.

“We have been running  Malam Jabba Ski Resort since 2015, arranging skiing contests and serving those who are interested in the winter sport. Today, we have 70 players, including 12 girls,” Pir Waris Shah, the resort’s general manager, said.

Khan was trained by a professional skier, a retired service member of the Pakistani military, Shah informed while expressing his optimism that the young girl would be able to compete in some of the leading international contests in the next two years. 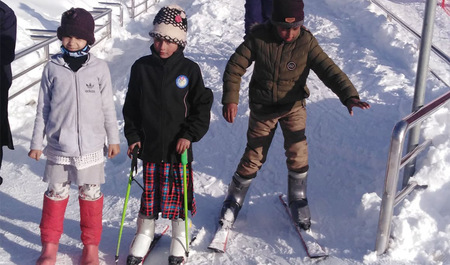 Surrounded by snowcapped mountains, the ski resort is currently holding a three-day Winter Sports Festival 2020 that seeks to test athletes under the ages of 18, 15 and 10.

“Before being trained, I spent much of my time roaming around in the mountains,” Zubaida Khan said. “Now I can participate in sporting activities at Malam Jabba Ski Resort.”

Her friend, Uzra Khan, who cannot speak, is also among the top skiers at Malam Jabba.

Shah said that the management of the sports complex mostly preferred to train local children since they came from poor families and sold insignificant items to tourists.

“I’m sure our trained players will be able to compete in world skiing competitions in the next few years and perform well,” he added.

The country’s military, he added, was making a substantial contribution to the endeavour by providing training along with food and uniform to children.

Shah informed that a newcomer was taught for 20 days about a particular sport before the resort provided them necessary kits and equipment.

Hasan Yousaf, a medical student from Lahore, said he was amazed by Swat’s beauty and impressed by the hospitality of its people.

“Pakistan is really beautiful,” he said. “I want to convey it to others as well that there are more tourist destinations in the country than Murree and Nathia Gali. Malam Jabba is matchless in its beauty and deserves to be explored.”

The region has natural springs of cool and sweet water, cascades, rhythmic waterfalls, lofty snowcapped mountains, green pastures, valleys, zigzag rivers and streams flowing at their own sweet will.