Pakistan's MMA stars Anita Kareem, Shahzaib Rindh and Irfan Ahamad are all part of the main card of ONE WARRIOR SERIES 10 scheduled for 19th February 2020 in Singapore. 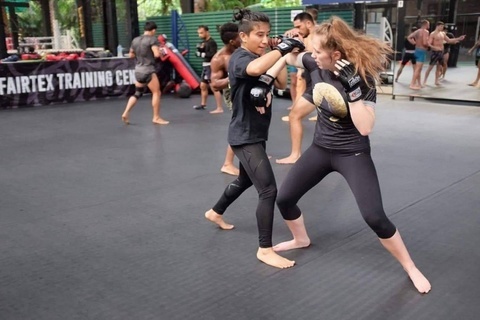 Pakistan's international Mixed Martial Arts (MMA) stars Anita Kareem, Shahzaib Rindh and Irfan Ahamad are set to return to action as part of the main card of ONE WARRIOR SERIES 10 scheduled for 19th February 2020 in Singapore.

Anita Kareem, also known in the MMA world as "The Arm Collector" will take on One Championship newcomer Maarie Ruumet of Estonia in an Atom-weight bout. It is pertinent to mention here that Anita Karim is is the first female Mixed Martial Arts (MMA) fighter to represent Pakistan at an international level.

Shahzaib Rindh, meanwhile, will take on Sasha Moisa of Ukraine in a Featherweight kickboxing match.

Also known as "The King", Shahzaib is a three-time Pakistan National Wushu Champion and competes out of Quetta. He started training Wushu sanda at the age of nine going on to win over 60 bouts across various disciplines including kickboxing.

Irfan Ahmad is the final name on the card from Pakistan. "The Gorilla" will take on Peter Danesoe of Thailand in a Straw-weight bout.