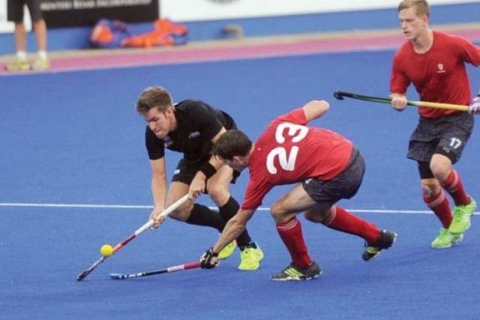 “We have a chance of defeating New Zealand as they drew their match against Canada and we emerged comfortable winners against the North Americans,” said Junaid.


Having drawn 3-3 with hosts Malaysia in the last match on Wednesday’s opening day, New Zealand now need to win all their remaining matches in order to be assured of a place in the final.

But if Pakistan can help it then their opponents tomorrow will be heading for an early exit.

Junaid was left unimpressed by the defending champions, saying New Zealand made mistakes in all areas of the pitch. “They were not weak in just one area; they were weak in all areas,” he said.

Canada found Black Sticks keeper Devon Manchester a stumbling block as they were foiled in their first two penalty-corner set-pieces during the first quarter. But after four failed attempts, Gordon Johnston finally made the pressure count for Canada to give his side the lead in the 25th minute.

New Zealand, who had failed to get out of the blocks till then, were jolted by the goal and quickly went in search for an equaliser. However, it wasn’t until their ninth set-piece that Nic Woods found the back of the net to make it 1-1 in the 45th minute.

In the other match on day two, Australia thrashed India 5-1 in their opening match to send a strong message to other teams vying for the title.

Australia opened the scoring in the fifth minute through Blake Govers but India’s Rupinderpal Singh equalised just three minutes later when he converted a penalty corner.

But that parity was short-lived as the Aussies took the lead again in the 14th minute through Jacob Whetton to end the first quarter a goal up.

It was all Australia from there on in as Eddie Ockenden scored the third in the 20th minute followed by Simon Orchard’s strike in the 27th minute. Matt Ghodes then completed the rout by scoring in the 53rd minute to make it 5-1.

In the last match yesterday, two goals by skipper Razi Rahim helped Malaysia to a nail-biter of a 4-3 win over Japan. Rahim helped the hosts get off to a flier as he scored in the second minute, only for Japan to level through skipper Hiroki Sakamoto a minute later.

Rahim then gave his side the lead again in the 11th minute and then hit a shot that was well-saved by the Japanese keeper only for Haziq Shamsul to tap home the rebound in the 14th minute to cap an action-packed first quarter.


Fitri Saari made it 4-1 in the 32nd minute but Japan made the home crowd fret with two late goals — in the 54th and 59th minute — but were unable to complete a superb comeback.