Pakistan Socca Team yet again lost a significant match in the 2019 Socca World Cup against Romania by 0-5 yesterday at Crete, Greece. 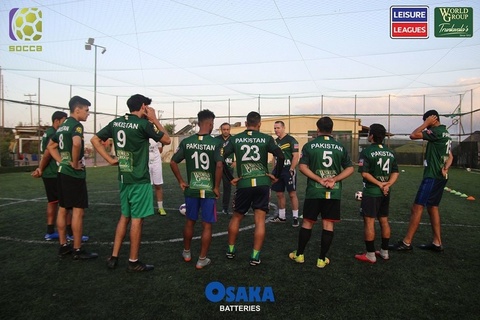 2nd Socca World Cup      Crete
Socca Team of Pakistan fell short of stopping the Romanian behemoth in the second group fixture played yesterday as the final score completely fell in favor of the opponent side that stood 0-5.
Pakistan conceded an own-goal from its player Mohammad Ali, who mistakenly sent the ball into his team’s own goal posts while trying to pass the ball to goalkeeper. That goal had a very demoralizing impact on the team, which later conceded four more goals to lose the game by 5-0 score. 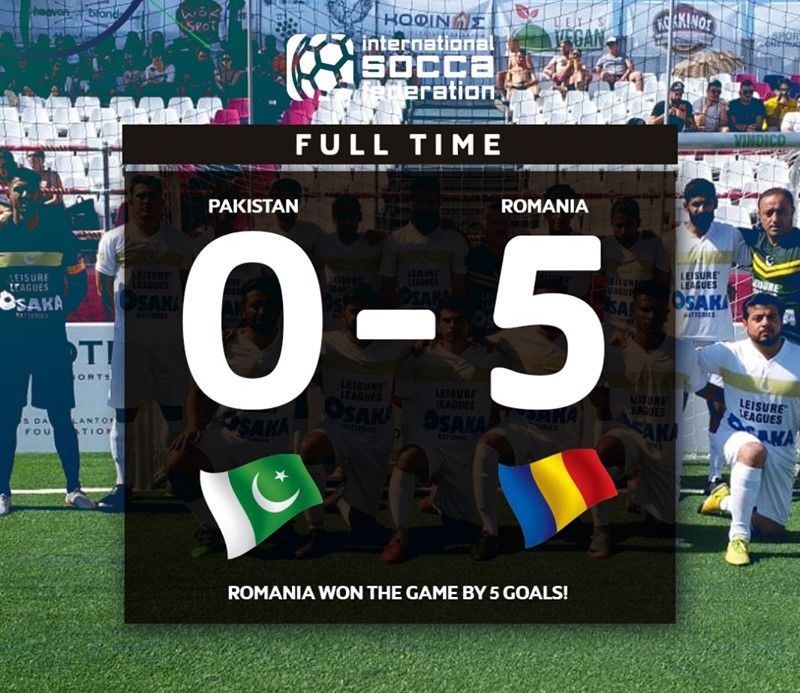 Against Romania, Pakistan players were not up to the mark however, Pakistani players had put an impressive show against Slovenia in their first match and the 5-1 score-line doesn’t do justice to the spirited game the side put as they were seen playing aggressively.
Earlier, in another Group ‘H’ game, the match between Romania and Germany ended in a 3-3 draw.
With the win against Pakistan, Romania has topped Group ‘H’ with four points. Slovenia and Hungary have three points after having played one match each. Germany sits at fourth position after managing one point from two outings.
In the next Group ‘H’ game of Pakistan, the team will take on the last years champion team, Germany, today.
International Socca Federation (ISF) has organized the second edition of the six-a-side Socca World Cup that is featuring several talented nations among which Pakistan has been placed in Group ‘H’ along with Slovenia, Germany, Hungary and Romania.