Pakistan is all set to compete against Slovenia in their first group match of the 2019 Socca World Cup which would be held from 12 to 20 October in Crete, Greece. 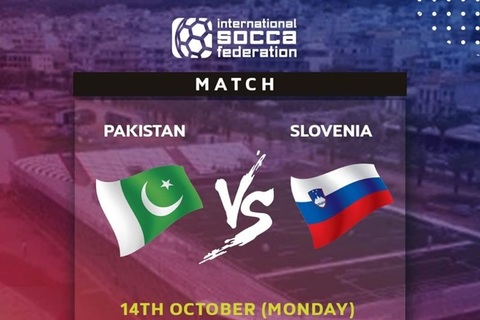 International Socca Federation (ISF) is organizing the second edition of the six-a-side Socca World Cup that would feature several talented nations whose teams would be seen competing with all their might so as to emerge the sole title taker of this mega international event.

Last year, Lahore’s ICAW represented Pakistan in Socca World in Portugal and won Fair-Play award for Pakistan as well and this time, Bata Football Club have earned the right to represent Pakistan in the second edition of Socca World Cup which is set to begin its proceedings from 12th October to continue toll 20th October in Crete, Greece.

Pakistan have been placed in Group ‘H’ along with Slovenia, Germany, Hungary and Romania. where the green side will open its campaign against Slovenia on 14th October and will battled with Romania on the day after.

Pakistan's third game would be against the in inaugural edition's winner, Germany on 16th October and then the last group match will be played against Hungary on October 17th. 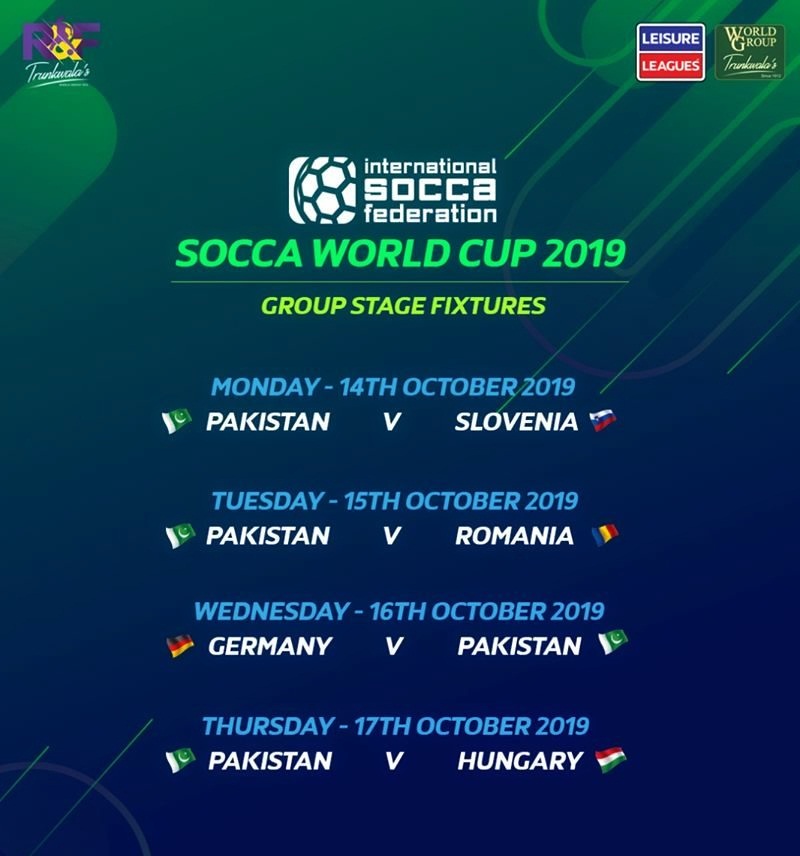