Top 6 teams line-up to battle it out at F5WC Pakistan National Finals on 5th October at Total Football - Chak Shahzad in Islamabad to earn the right to represent Pakistan in F5 World Championship next month. 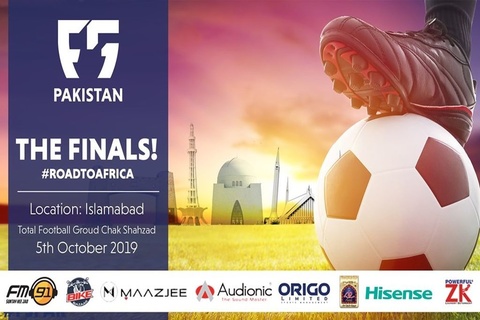 The F5WC Pakistan's National Finals are here to crown the one true team that will become Team Pakistan that will then be given a once in a lifetime opportunity to travel to South Africa in November to play with the international teams in F5WC World Cup.

After the city qualifiers across the six major cities of the country that include: Quetta, Peshawar, Islamabad, Mirpur AJK, Lahore and Karachi now the qualifiers have moved to the National Finals which are all set to be held on 5th October at Total Football - Chak Shahzad in Islamabad. 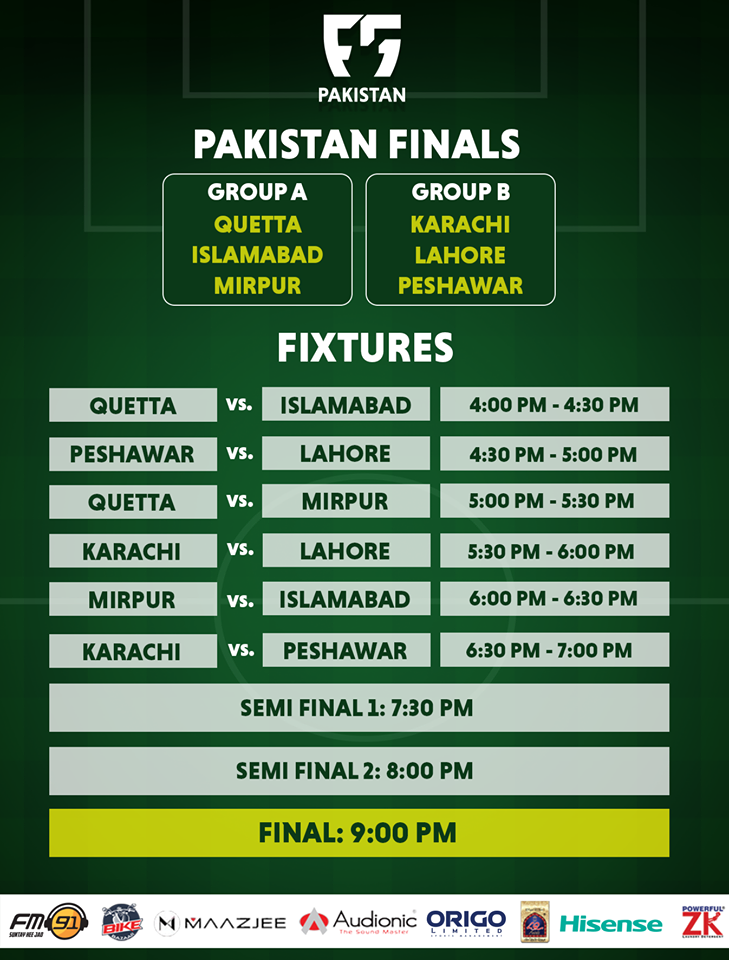 F5WC is the world’s largest 5 on 5 amateur football tournament with over 32 countries and 12000+ athletes participating. Each year an amateur team crowned F5WC World Cup Champion.


This year Pakistan is in partnership with Origo Sports Management Company, bringing F5 to its shores in a bid to give amateur footballers a platform to show their skills and participate in a once in a lifetime opportunity.