F5 World Championship 2019 trails to be held in Mirpur today 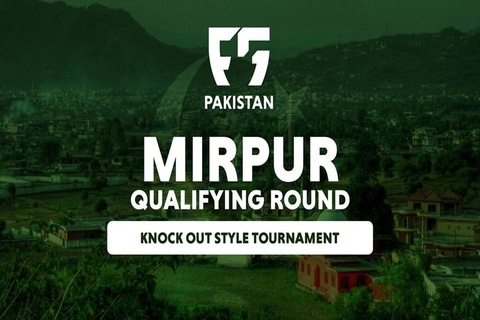 F5WC Pakistan have brought a chance for the local football talent of Pakistan to prove their mettle on an international level i.e  F5 World Championship 2019 for which trails will be held in Mirpur city today.

These trials have been opened for all with no age limit among which the following teams would compete in the upcoming matches that would begin at 05:30 PM sharp and will continue till 10:00 PM at Total Football Ground.

Following is the full schedule of the trails: 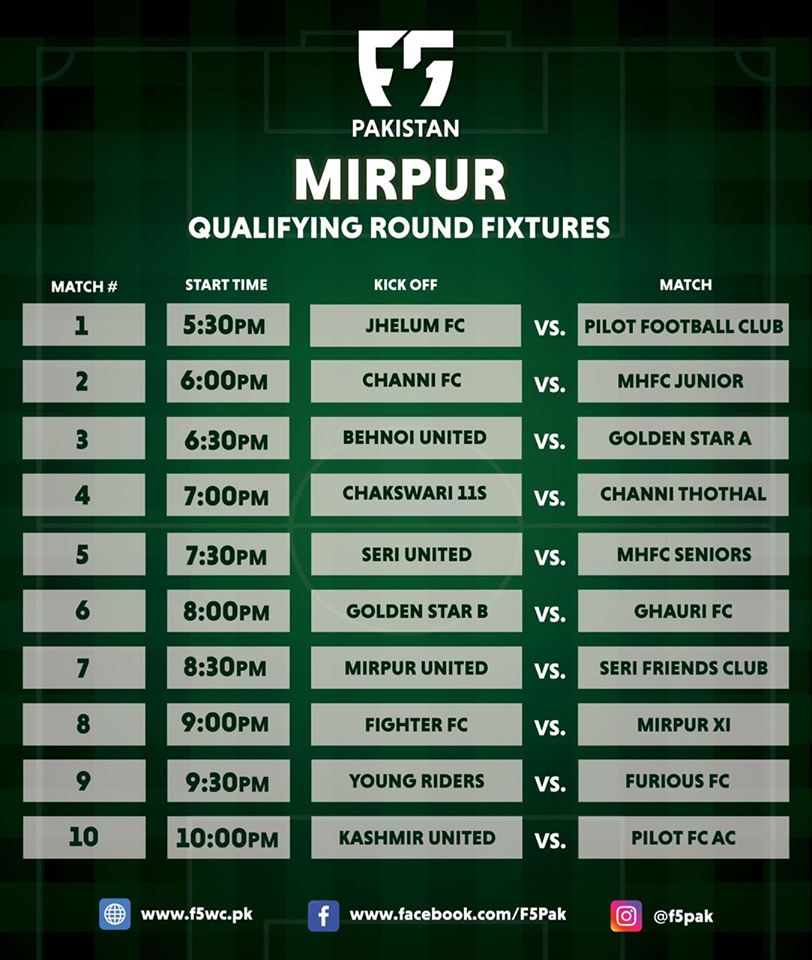 In 2019, Pakistan will be participating at the F5WC for the first time and to ensure the best team to represent Pakistan in this world's largest amateur football tournament, F5WC Pakistan have organized a nationwide tournament.

This nationwide tournament's first leg for the selection of a regional team was held in Peshawar where as many as 32 teams participated among which PAK Afghan Football Club have emerged as the regional champion to now have qualified for the regional finals. They will go to Islamabad for the regional finals which are to take place from 5th to 8th September.
That nationwide tournament is engaging over 250 teams across Pakistan to discover one true Team Pakistan who will be the national flag carrier at the World Championship in Cape Town, South Africa.
For further information, queries and registrations, this E-mail and give cell phone number can be contacted: basalat@fhrholdings.com and 0321-2291663.