Karachi Green, Islamabad, Faisalabad, Gawadar, Quetta and Khyber have cruised into the quarterfinals of Pakistan Football Federation (PFF) National Inter-City Football Championship, which is underway in Bahawalpur and Multan simultaneously. 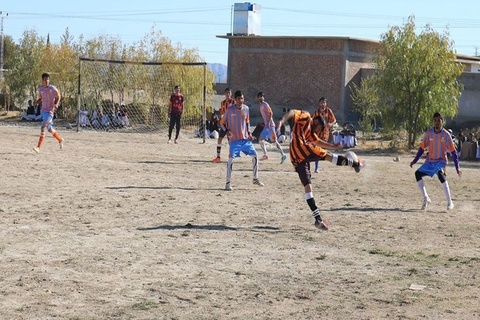 PFF National Inter-City Football Championship 2019      Jinnah Sports Complex, Islamabad
At Dring Stadium in Bahawalpur, the match between Karachi Green and Faisalabad ended in a 2-2 draw. Wajid Baloch braced for Karachi while Zubair scored for Faisalabad.
At the same venue, Islamabad defeated D.I. Khan by 1-0 score. Rooh Ullah scored the decisive goal in the match to earn his team the win of the game.
The match at Divisional Sports Stadium in Multan, was played between Khyber and Quetta teams which also finished in a 2-2 draw. Yaseen Mohammad and Akber Khan scored one goal each for Khyber while Nazeer Ahmed and Irfan Ullah scored one each for Quetta in the match.
The quarterfinal line-up of the tournament has completed as Malakand and Gujranwala have already qualified for the last-eight stage. Quarterfinals will be played in Bahawalpur and Multan while Multan will be hosting semifinals, third place play-off and the final.
National Inter-City Football Championship is being organized by Pakistan Football Federation (PFF) which is having matches played in different cities across the country, including Islamabad, Rawalpindi, Sialkot, Muzaffarabad, Gilgit-Baltistan, Peshawar, Dera Ismail Khan, Karachi, Hyderabad, Quetta and Mastung.
This championship offers an attractive prize money of Rs. 4 Lac for the winner team while the runner-ups will get 2 Lac worth of cash pursue. The third position team will be awarded with Rs 1.5 Lac.