Gujranwala and Malakand defeated their respective opponents to move to the quarter-finals of PFF National Inter-City Football Championship 2019 at Multan’s Divisional football ground. 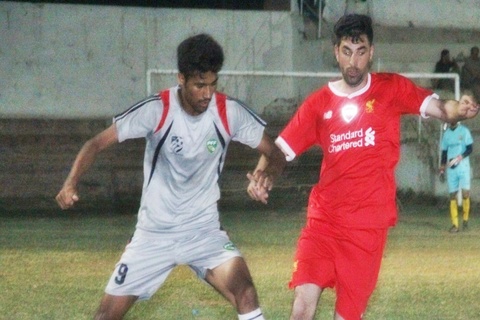 Gujranwala and Malakand have cruised into the quarter-finals of Pakistan Football Federation (PFF) National Inter-City Football Championship 2019, when Gujranwala completely dominated the match against Muzaffarabad by 8-0 score line and thrashed them through their best of players that were: Mohsin, as he scored a brilliant hat-trick for the winners along with Zeshan, Faizal Ali, Qaiser, Sharoz and Shahzeb, who each scored one goal and made their team entered the last-eight stage in the tournament.

While the next match at the same venue between Jacobabad and Quetta, finished in a 1-1 draw. Asmat Ullah scored first for Jacobabad before Gul Mohammad leveled arrears for Quetta. Where as the match at Dring Stadium in Bahawalpur, Faisalabad trashed Gilgit team by 5-0 as Mudassir Zafar recorded a brilliant hat-trick and Rizwan and Faisal Shazad scored the other two goals.  For the losing team, it was Jameel and Maaz, who each scored one goal.
Meanwhile, Gawadar defeated D.I. Khan by 5-2 score at the same venue in Bahawalpur. Mir Gul scored two goals while Farooq, Ishtiaq and Zahid scored one goal each for the winning side.
Previously, Malakand had already made Muzaffarabad team suffer the fall by recording a convincing 4-0 victory in Multan.
All Pakistan Inter-City Football League is being organized by Pakistan Football Federation (PFF) which is having matches played in different cities across the country, including Islamabad, Rawalpindi, Sialkot, Muzaffarabad, Gilgit-Baltistan, Peshawar, Dera Ismail Khan, Karachi, Hyderabad, Quetta and Mastung.
This championship offers an attractive prize money of Rs. 4 Lac for the winner team while the runner-ups will get 2 Lac worth of cash pursue. The third position team will be awarded with Rs 1.5 Lac.