The qualifying round of Inter-City Football League will kick start from today and will continue till 18th April with matches being played at Jinnah Stadium in Islamabad. 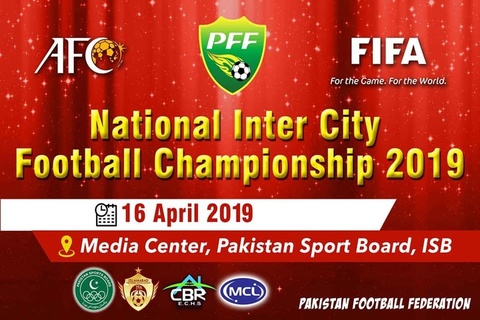 Pakistan Football Federation (PFF) President, Syed Ashfaq Hussain Shah And Vice President, Member National Assembly, Malik Mohammad Amir Dogar will be the guests of honor who will grace the match open.
All Pakistan Inter-City Football League will be organized by Pakistan Football Federation (PFF) and Islamabad Football Association (IFA) which will have the matches played in different cities across the country, including Islamabad, Rawalpindi, Sialkot, Muzaffarabad, Gilgit-Baltistan, Peshawar, Dera Ismail Khan, Karachi, Hyderabad, Quetta and Mastung, the second phase of the tournament.
This league offers an attractive prize money of Rs. 4 Lac for the winner team while the runner-ups will get 2 Lac worth of cash pursue. The third position team will be awarded with Rs 1.5  Lac.