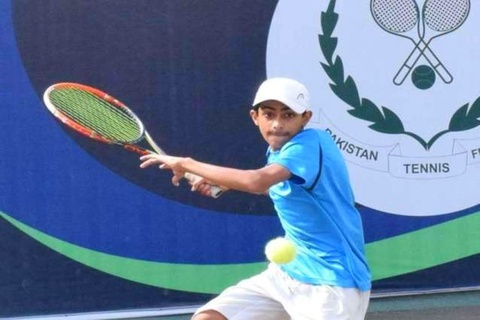 On a rain-hit day, Huzaifa started his match with combination of his powerful forehand down the line and cross court winners. He did not allow his opponent to settle down in the match. While Huzaifa showed his consistency and pace of control throughout the match.

Huzaifa simply outclassed his opponent and won the encounter with the final score line of 6-2, 6-3.

Shoaib Khan another local hope could not survive and lost his quarter final to fourth seed Berk Ulas Enc from Turkey in a thrilling encounter.

Shoaib lost the first set 6-4 but rebounded superbly to win the second 6-1 with some stunning forehand and backhand drives but made an unforced error in the fifth game of the deciding set to lose 6-3.