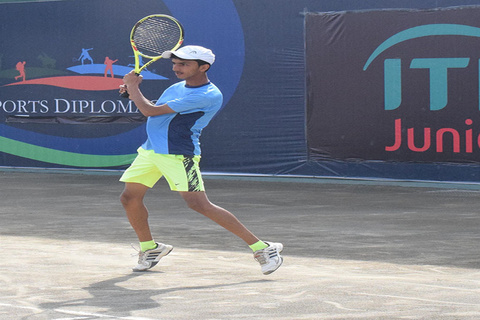 The second seed pair of Nauman Aftab and Saqib Hayat also got bye. It is to be noted that as many as 34 foreign players are participating in this championship.

International players from Taiwan, France, Germany, Hong Kong, Kuwait, South Korea, Kazakhstan, Malaysia, Philippines, Russia, Sri Lanka, Thailand, Turkey and US reached Islamabad and personally signed in with chief referee of the tournament for their participation in the championship.

In the boy’s event, 22 players signed in whereas two players entered as special exemption, three received wild card entry and four have entered as qualifiers after winning their matches in the qualifying round and one player entered as the lucky loser.

A draw of 32 of boys and girls singles were made by Mohammad Arif Qureshi after the closing time of 6:00pm on Sunday. As per international rankings Pakistan’s Huzafia Abdul Rehman is the top seed in the event whereas his compatriot Nauman Aftab is second seed. 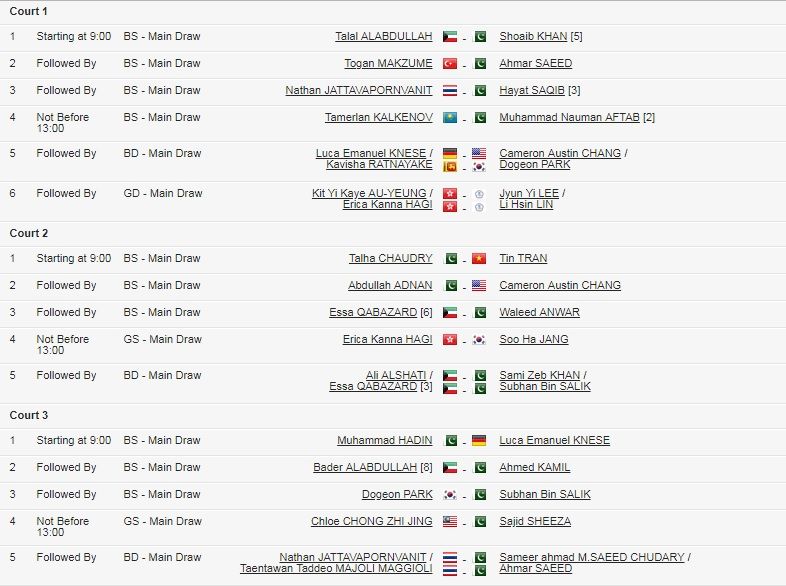