KPT stuns SNGPL by holding it in a 1-1 draw in the yesterday match played into 12th Pakistan Premier Football League which is being held at 3 different venues in Karachi. 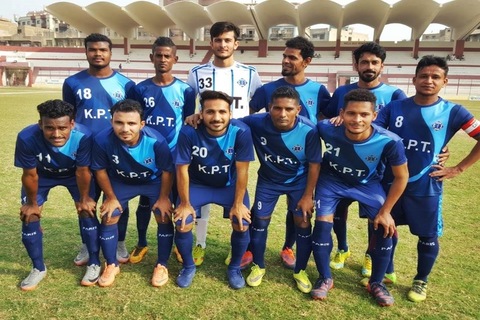 Karachi Port Trust (KPT) and Sui Northern Gas Pipelines (SNGPL) teams were upagainst each other in the most recent match played into the league in which KPT team being not good with their previous performances, stunned the opponent team when the put the one goal on the score-sheet first through their star player Zubair in the 45+1 minute.

As KPT side was leading the match with 1-0 score-line the players did not let SNGPL boys' attempts pass through their goal post each time they came close as they were strong in their defence as well as with their goal keeping. But just when the match seem to end in KPT's favor, SNGPL substitute Abdullah netted past the ball through several opponent team players approaching and got successfulof his attempt at the 80th minute which earned SNGPL team their only goal in the match.

However, both team players managed to create several decent chances to add to their scoring throughout the remaining minutes in the game but they did not get successful because either sides were strictly stubborn with protecting their goal post.

Muhammad Waseem of KPT and Zeeshan Ali from SNGPL were the players who were warned through a yellow card for foul play in the game.