Army and Navy defeated Baloch FC and KRL in the yesterday matches played into the Pakistan Premier Football League 2018/19 which is being held at Karachi now at KB, KMC and KPT grounds in Karachi. 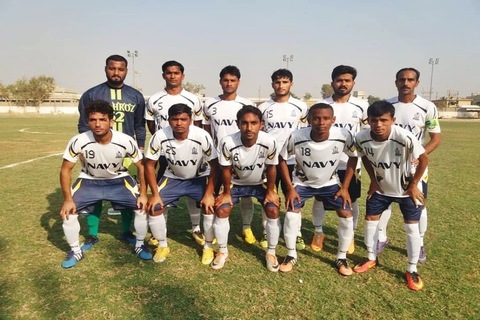 Army and Baloch Noushki Football Club played quite a good game throughout the match but Army side maintained the pressure and reduced their zero goal line up by adding the first goal for their side to which Baloch FC team did not manage to score anymore goals as the winning team’s boys confronted their every attempt with all their efforts at blocking and defence on the ground.

While in the other encounter, Khan Research Laboratories (KRL) fell to Navy football team on a close call of 1-0 as the winning team’s players were able to net one goal in KRL’s goal post which proved to be the only goal of the game as well as the winning goal for Navy team.
KRL being one of the strongest standing team on the current point table of the league were blown by the Navy boys’ performance as they celebrated their win at the end of the match.
While the other two matches saw, Muslim FC and Pakistan Air Force (PAF) as well as WAPDA and Sui Northern Gas Pipelines (SNGPL) teams battling for the win but finished both matches in a goalless draw as the final whistle blew. 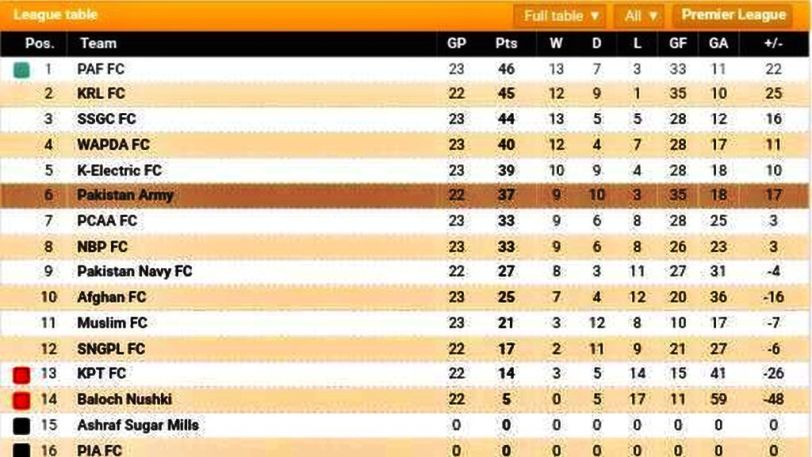