PAF beat SSGC 1-2 while WAPDA defeated NBP 2-0 in Pakistan Premier League 2018 which is being held at KMC, KPT and KB grounds in Karachi. 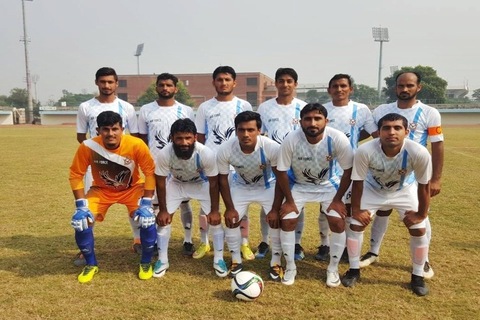 12th Pakistan Premier Football League      Qila Qasim Bagh, Multan, Punjab Stadium, Lahore, KPT and KMC, Karachi.
Pakistan Air Force (PAF) team started at a whirlwind pace and the opponent team had to withstand a constant barrage of attacks right from the start.
PAF’s Muhammad Mujahid and Mansoor Khan were the heroes, finally earning their team a victory in the league as they brilliantly slammed 2 goals for their team. Other members of the team contributed through a string of fabulous saves as the Sui Southern Gas Companies (SSGC) giants pressed to claw back at the score-line to turn the table in their favor.
For SSGC’s side, Muhammad Tahir scored the only goal.
While in the second encounter, Footballers from WAPDA enjoyed the bulk of possession which National Bank of Pakistan (NBP) boys tried hard to take away to them but the players could not break down the hard-working WAPDA side. Usman Manzoor was the first star to open the scoring tally for WAPDA in the 48th minute whereas Arbab Basit was the second making a number of great tackles plus attempts and finally got successful in the 82nd minute adding yet another goal for the winning team.
In the final match of the day, Karachi Port Trust (KPT) and Khan Research Laborites played a goalless game.