Pakistan defeated their arch rivals India in a thrilling final in Guwahati on Friday. 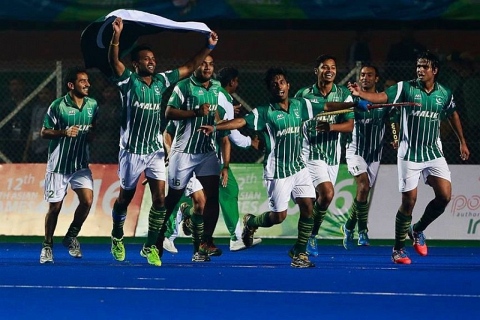 Pakistan and India played the final of the SAF Games Hockey event in Guwahati. Awais-ur-Rehman scored the only goal for Pakistan.

The match was played out in front of a full capacity stadium. Both team play brilliantly throughout the match. Awais-ur-Rehman scored a decisive goal at the end of first half to win the gold medal. The score from Rehman allowed Pakistan to attack more, but Indian defended it well.

it was the fourth time these arch rivals clashed in the finals of the men hockey. Pakistan defeated India in both 2004 and 2010, while India won the gold in 1995.