India to face Pakistan for Bronze in Asian Games Hockey

Japan ended Pakistan’s hopes of reaching into the final of hockey by beating the Green-shirts 1-0, now Pakistan will face India for Bronze in Asian games on 1st September at 3:30 pm (PST). 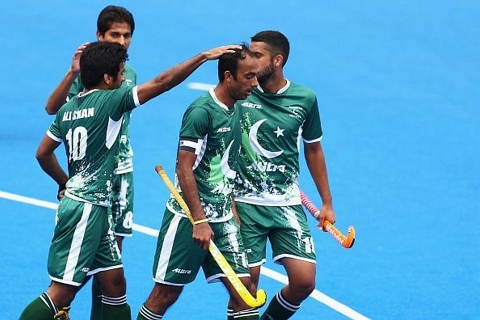 18th Asian Games 2018      Gelora Bung Karno Main Stadium, Jakarta
In the final, Japan will face Malaysia, who defeated India in the other semi-final while Pakistan will fight India for the bronze medal.
Having pumped in 45 goals during the group stage, Pakistan conceded the only goal of the match in the first quarter and despite several opportunities to score failed to strike.
Pakistani forwards were successful in getting a couple of PCs but the strikers failed to capitalize on these chances. The forwards mostly played open game to create gaps, but Japan’s watchful marking prevented them from scoring.
Japan’s Sohota Yamada scored the lone goal on a penalty corner. The Green-shirts raided Japan’s D area several times but Japan defenders displayed their fine skills, blocking all the attempts.
The Green-shirts came into the semi-finals after winning their pool matches convincingly. They had won their games against minnows Thailand 10-0, Oman 10-0 and Kazakhstan 16-0 before whipping Malaysia 4-1 and Bangladesh 5-0 to reach last-four.
Earlier in the day, Malaysia stunned India in sudden death stage 7-6 to enter the final. It was a 2-2 deadlock at the end of the fourth quarter.
Pakistan will face India for Bronze in Asian games on 1st September at 3:30pm (PST).