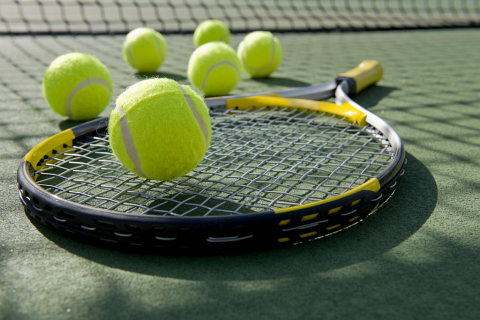 In the second round match, Pakistani duo defeated pair of Canadian-Singapore players Kelsey Stevenson and Roy Hobbs by 7-6(3), 6-1. Stevenson and Hobbs breaks very 1st serve of Pakistani pair to take 1-0 lead. Aqeel Shahzad broker the 6th serve of foreigner pair and level the score to 3-3. On 6-6 tie break, Pakistani pair won the 1st point but was levelled right away. Khan’s once again bounce back and earned 3 back to back points to take 4-1 lead but once again Kelsey Stevenson and Roy Hobbs earned 2 points and reduced the lead to 4-3 but at that point, Pakistani pair secured 3 more points and won the 1st set by 7-6(3). In the second set, khan’s dominated from the start and only conceded 1 point to win the second set by 6-1 and moved to the quarterfinal of Men’s doubles event.


Top seeded duo of Austrian Peter Goldstiner and German Julian Onken defeated the unseeded pair of Pakistani players Samir Iftikhar and Mohammad Abid Ali Akbar in the 2nd round of Men’s double event by 4-6, 6-2, 10-3. Pakistani unseeded pair dominated the 1st set and easily won by 6-4. In the second set, the Austrian-German pair defeated Pakistani pair by 6-2. In the last set, the top duo earned victory by 10-3 and through to quarterfinal of the tournament.


In another second round match, Russian Ivan Ponomarenko and Dmitry Myagkov outclassed Pakistani players Muhammad Abid and Usman Rafique by 6-0 and 7-6(3). Russian duo outsmarted Pakistani pair in the 1st set easily without conceding a single point. Pakistani pair resisted against the Russian team but lost the match on the tie break by 7-6(3).


In the 1st Men’s doubles quarterfinal round match, No.3 pair of Russian Shalva DZHANASHIA and Ivan Nedelko defeated Indian pair Kunal Anand and Jatin Dahiya in straight sets by 6-1, 6-1 and moved into semifinal of the tournament.


Following are the results