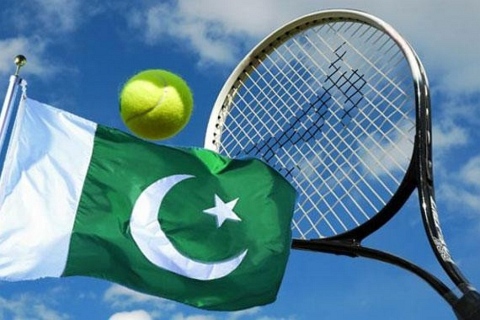 In the first quarterfinal, No. 2 seeded Spaniard Enrique LOPEZ-PEREZ outclassed his Austrian opponent 7 seed Peter GOLDSTEINER in the straight sets by 6-3, 6-1. Peter brakes 3rd serve to take 2-1 lead over his opponent but Enrique broke back the very next serve and level the score 2-2. Spanish player once again broke the 6th serve and take 4-2 lead. Enrique LOPEZ-PEREZ only conceded 3 points in the 1st set. In the second set, Spaniard only conceded 1 point as he broke 1st, 3rd and 7th services of Peter GOLDSTEINER to win the set and the match by 6-3, 6-1.


In the second quarterfinal, No.1 seed Russian Ivan Nedelko outsmarted German Julian Onken by 7-5, 6-1. In first set, Onken gave hard time to Nedelko but he only conceded 1 point in the second set. Russian and German players broke the first 5 serves of each other. Onken broke the 1st, 3rd and 5 serves while Nedelko broke the 2nd and the 4th serves. Once again German broke the 7th serve but the Russian broke back the 9th and 11th serves to level the score 5-5. At the score of 6-5, Russian once again took charge and broke the broke the 13th serve of Julian Onken and won the set by 7-5. Russian player dominated the set and did not allow Julian to play freely. Ivan won the second set and the match by 7-5, 6-1.


No. 4 seed Spanish Pere Ribe got retired after his injury against the unseeded French player Luka Pavlovic. The Spaniard won the 1st set easily by 6-2. In the second set Luka displayed good tennis skills. Pere in the second set started off well and breaks the second serve of Luka to take 2-0 lead but French player broke the 9th serve of Pere Riba to reduce the lead 5-4. At one stage score was levelled at 5-5 but No.4 seed could not continue the game because of his injury and Luka Pavlovic moved to semifinals of the tournament.


The last quarterfinal was played between the two Russians, No.5 seeded Shalva DZHANASHIA and No.3 Kristan Lozan where Shalva stunned Kristan Lozan in straight sets by 6-2, 6-4. Shalva did not allow his countryman Lozan to free his arms to play freely. With his powerful shots, Shalva won the 1st set by 6-2. In the second set, no.3 seed resisted against the challenger but could not reach home and Shalva DZHANASHIA after some hard time won the second set and the match by 6-2, 6-4.


Russian Ivan Nedelko to take Frenchman Luka Pavlovic in the semifinal while the other Russian Shalva DZHANASHIA to play the second semifinal against the Spaniard Enrique LOPEZ-PEREZ.

Following are the Results