Pakistani players in the first round defeated rival Indian players and through to the second round of Begum Kulsum ITF Futures Tennis Tournament at Syed Dilawar Abbas Pakistan Tennis Federation (PTF) Complex, Islamabad. 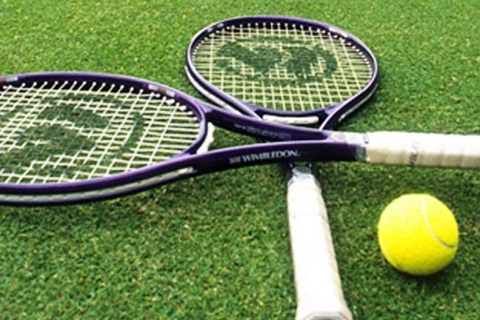 Samir Iftikhar took only 45 minutes to take his Indian rival down in straight sets by 6-0, 6-0. Samir did not concede a single point from Indian player Jatin Dahiya. Momentum of the game was completely shifted towards Samir Iftikhar. In the first set, Samir breaks first, third and fifth serves of Jatin to outclass him by 6-0. Story was completely the same in second set as Samir once again brakes the first, third and fifth serves of Jatin and won the match easily by 6-0, 6-0.


In another match of first round played at court 5 between Pakistan top player Aqeel Khan and Indian Paramveer Singh Bajwa, Khan smashed out Singh in a hard fought 3 set match by 6-3, 4-6, 6-3. The match was contested between the Indo-Pak players for 2 hours 12 minutes. In the first set Khan easily downs Singh by 6-3. Aqeel breaks the second serve of Indian player to take 2-0 lead but the break was short-lived as Singh broker back the serve to reduce lead to 2-1. It was Khan once again who broke the very next serve of Singh to take 3-1 lead and after that he did not allow the opponent to fight back and won the first set.


Once again Aqeel Khan started well the second set as he breaks the very first serve of Paramveer Singh and takes lead by 1-0 and later Bajwa breaks continuously 6th and 8th game and takes lead by 5-3. Khan broke the 9th serve to reduce the lead 5-4 but Singh broker back the very next serve of Khan to win the second set by 6-4. Third and decisive set started with the same story as Khan breaks the 1st set and takes lead but Singh broke back very next game to equalize the score 1-1 but after that it was all Khan’s show as he successively broke 7th and 9th services of Indian and takes the set and the match by 6-3, 4-6, 6-3.