Aqeel, Shahzad through to Semifinal of Serena ITF Tennis Tournament 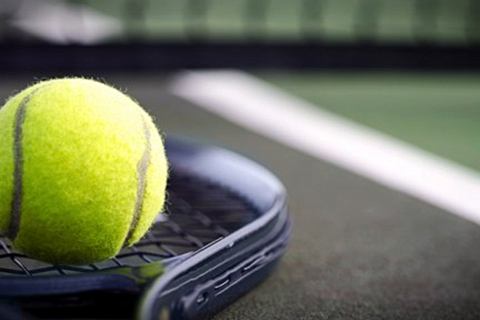 Aqeel Khan/Shahzad Khan defeated the Tajik-Singapore pair of Fariduni Bakhodur/Roy Hobbs in straight sets by 6-1, 6-2. The Pakistani pair dominated throughout the match but Fariduni/Roy made too many mistakes to lose the game. They were only able to make 1 point in the second game but after that it was all Aqeel/Shahzad’s show. The Pakistani pair twice break their serves in the 4th and 6th game to take the first set by 6-1. In the second set, Pakistani pair continue pressurizing the opponents as they once again break the serves twice in the 3rd and 5th game.

Fariduni/Roy managed to earn only 2 points I the second set and lost the match by 6-1, 6-2. The match lasted for only 50 minutes. In the first semifnal, Aqeel Khan and Shahzad Khan to take top seed pair of Spanish David Perez Sanz and Canadian Kelsey Stevenson tomorrow after 12:30 PM in the center court at Syed Dilawar Abbas Tennis complex, Islamabad.