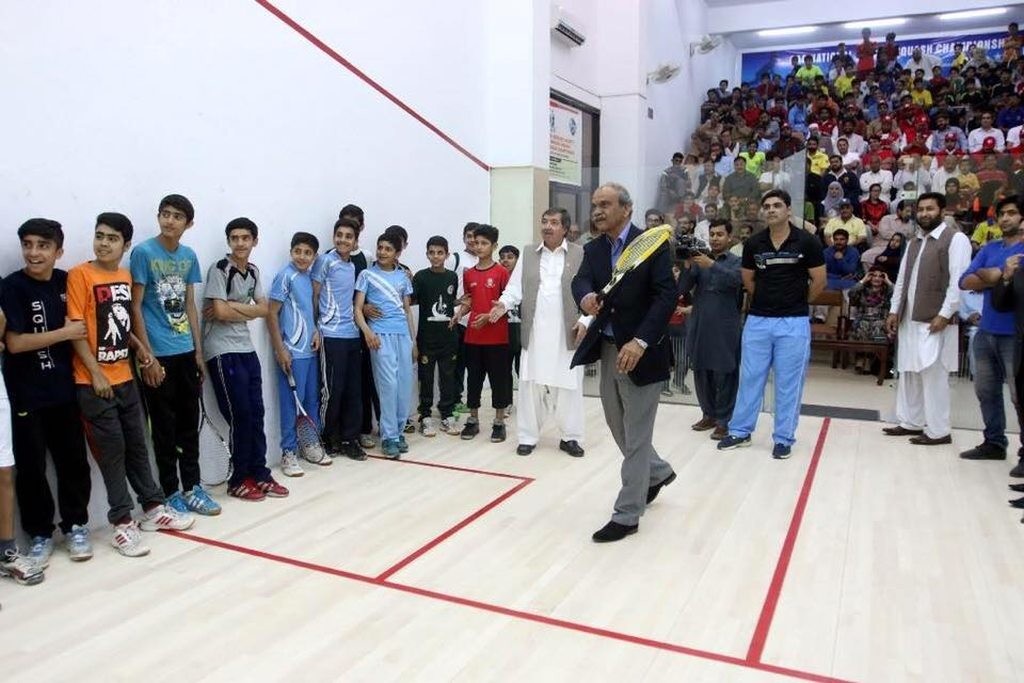 The PAF Squash complex is named as PAF Hashim Khan Squash Complex Peshawar for one of the great squash players of all times, Hashim Khan who died of heart failure after protracted illness in the US at the age of 100. Hashim Khan won the British Open title seven times consecutively from 1951 to 1958.

The objective of the squash complex is like other academies of the world is to train and coach players at grassroots level so that to enable Pakistan to achieve the lost glory.

In the second phase renewal of imported maple wood flooring of squash courts have been approved by the PSF chief Sohail Aman. For this purpose, Asghar Awan disclosed that wooden flooring cost Rs. 7.5 Million. Jansher Khan also appreciated the work being looked after by Group Captain Asghar Awan well.

Players enjoy here better facilities and support than players from rest of the world. The PAF Hashim Khan Squash Complex provides talented players those are working hard to regain our status within a few years.