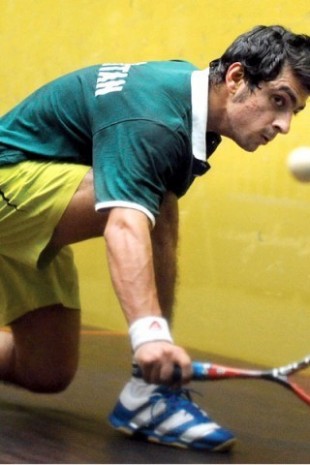 2007 has been his most successful year and has seen his rankings rise. He was a finalist in the Governor NWFP International 2007 and in the President PSF international 2007, but in both occasions he was beaten by Mansoor Zaman. In August, he went one step better by winning his first title at the CAS international, beating Malaysian Mohd Azlan Iskandar.
As of 2009, Aamir, who turned pro in 2002 is ranked 14th, his highest ranking, and is the current No. 1 Pakistan squash player.
Khan won a silver medal in the individual event at the 2010 Asian Games in Guangzhou, China.[2]
In the Asian Squash Championship Khan brushed aside Kuwait’s Abdullah Al Mezayan in three sets to become the first Pakistani in 14 years to claim the title.[3]