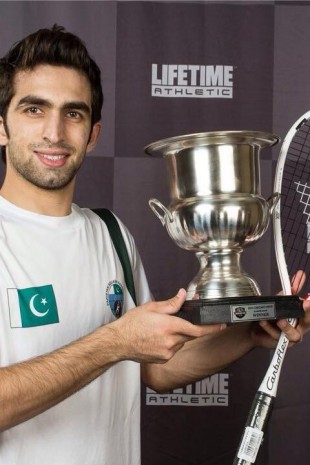 Danish Atlas Khan is former Pakistan #1 squash player and youngest ever Asian Games Gold Medalist athlete in history at the age of 16 and he has outstanding services for Pakistan in the field of squash.

He has started playing squash at the age of 6, he has served Pakistan squash internationally for last 17 years.

He has won 34 Gold Medals, 19 Silver Medals, 15 Bronze Medals in National and International tournaments during his vocation yet.

He also won well-recognized international awards as well as Prime Minister of Islamic Republic of Pakistan awarded a certificate of Recognition to Mr. Danish Atlas Khan for projecting the image of the country by winning 2 Gold Medals in Qatar for Pakistan in 2005.

He also awarded with Outstanding Asian Junior Man Player of the Year award in Asia by Asian Squash Federation in 2012.