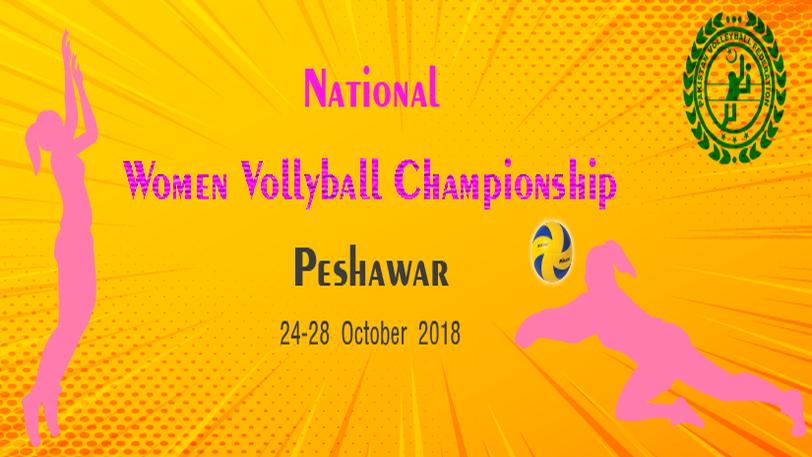 Khyber Pakhtunkhwa Volleyball Association in collaboration with Pakistan Volleyball Federation is organizing the 2018 National Women Volleyball Championship which will feature 9 teams from all over Pakistan who will compete in the upcoming matches for gaining top honors in the championship.

The Championship will be played according to the international game rules and all the matches will be played in the indoor hall of the Pakistan Sports Board Coaching Center in Khyber Pakhtunkhwa.

Following are the participating teams:

All the nine teams have been divided in two groups according to the seeding of the teams.

Khalid Waqar, assistant coach of the National Junior Volleyball Team said that final touches have been given to all the arrangements in this connection and hopefully the championship will begin in a cordial atmosphere. He added that holding this championship would provide ample opportunities to the upcoming players to see top players in action.

DG Sports KP would grace the occasion as chief guest along with Miss Rashida Ghaznavi, Director Sports Female Games, at the opening ceremony while Minister Sports KP Atif Ur Rehman will be the chief guest at the prize distribution ceremony.