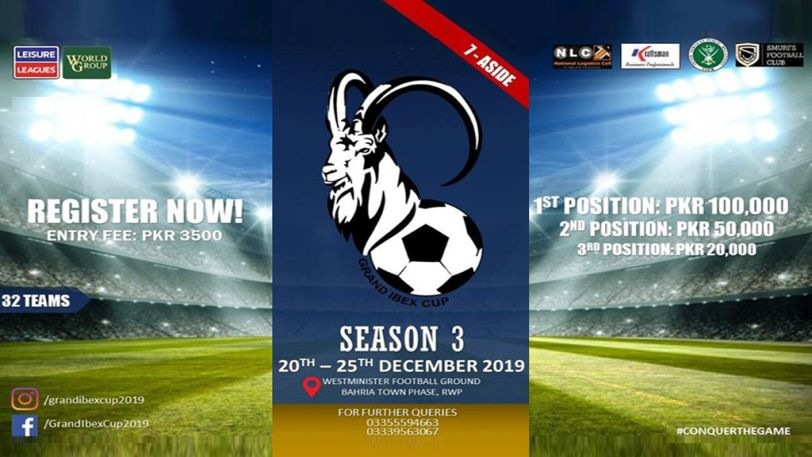 20 December, 2019 - 25 December, 2019
Islamabad
Zawaj Football Ground
Football
Leisure Leagues PK organized the third season of Grand IBEX Football Cup in Islamabad from 20th to 25th December at Zawaj Football Ground in Islamabad where as many as 32 teams from multiple cities including: Gujar Khan, Peshawar, Quetta, Mansehra and Taxila competed for the winning prize of 100,000 PKR.
This event surely proved to be a perfect opportunity for the existing football talent in Rawalpindi and Islamabad to showcase their talent, stamina, agility and strength against the best as players from their respective teams were seen competing with all their skills during the matches to earn the ultimate title of the tournament.
Leisure Leagues IBEX Cup Season III finale concluded with a glittering closing ceremony where the well deserved winners, Team Eighteen convincingly won the title of the tournament by thrashing their opponents: Young Rising Stars on the final score of 3-0.
Graced by the honorable chief guest, Director General (DG) National Logistics Cell (NLC), Major-General Asim Iqbal, IBEX Cup 2019 was organized in conjunction with Leisure Leagues, World Group and Trunkwala family with the aim of promoting football in the twin cities and was sponsored by Silk Bank, NLC, SMURFS Football Club and more.