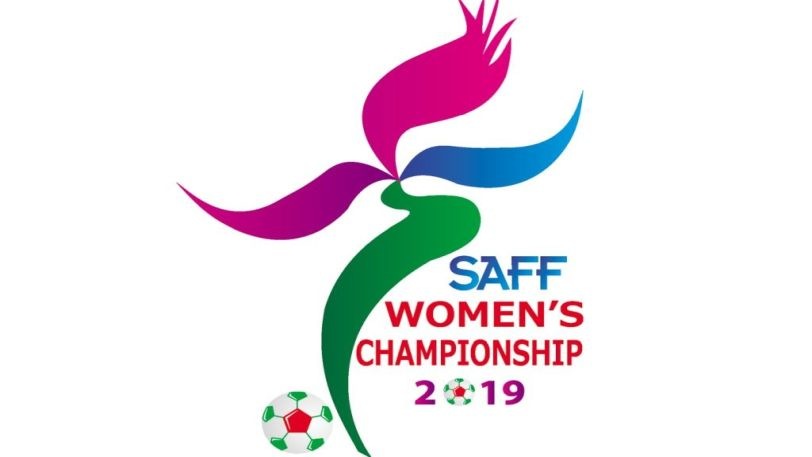 12 March, 2019 - 22 March, 2019
International
Sahid Rangashala, Biratnagar in Nepal.
Football
The battle of South Asian Supremacy, South Asian Football Federation (SAFF) Women’s Championship 2019 is all set to kick off on 12th March and will continue till 22nd March. This year, Nepal will be hosting this mega football action in which all the matches will be played at Sahid Rangashala, Biratnagar in Nepal.
A total of seven (7) nations are to take part in this championship and these seven (7) teams are divided into two groups. Pakistan is being placed in Group A along with 3 other South Asian countries which are:
Group A: Pakistan, Bangladesh, Bhutan and Nepal.
Group B: India, Maldives and Sri Lanka.
The opening match will be played between the host Nepal and Bhutan while Pakistan will open its campaign against Bangladesh in the second match of the opening day. Whereas the final will take place on 22nd March to crown the new SAFF Women’s Champion Team.

FOLLOWING IS THE FULL SCHEDULE OF THE MATCHES: 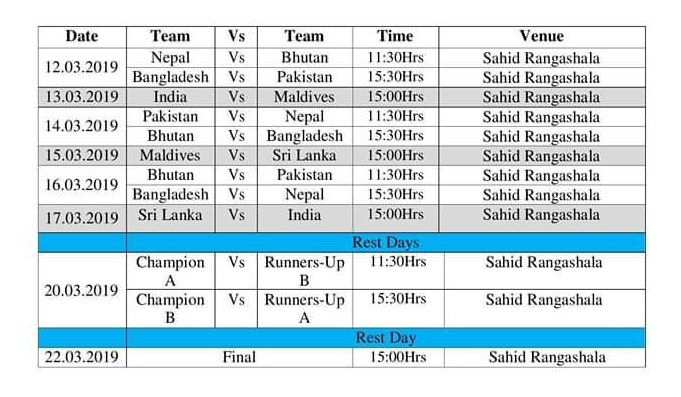