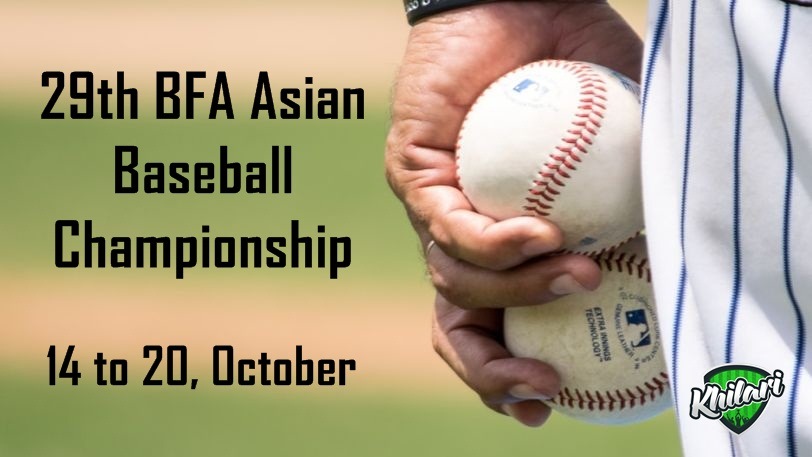 The Asian Baseball Championship is the main championship tournament between national baseball teams in Asia, governed by the Baseball Federation of Asia (BFA). Most of the competitions have been dominated by teams from Taiwan, Japan and South Korea.

This sport was founded in 1954 and since then Japan have collected the most titles which in number stands as 17 times and even the most recent champions are also, Japan.

This time, the biennial continental event: 29th BFA Asian Baseball Championship is featuring National teams of six Asian sides which include: China, Pakistan, Korea, Japan, Philippines, Hong Kong and Sri Lanka.
The above mentioned teams have been clubbed into two Pools among which Pakistan has been grouped with China, Korea and Philippines in Pool B while Sri Lanka, Japan and Hong Kong are drawn into Pool A.
Pakistan will open its campaign against Philippines on 14th October and then will face Korea the next day.