29th BFA Asian Baseball Championship | PAK against 5 nations | Who is to win?

Pakistan is all set to feature in 5-nations BFA Asian Baseball Championship 2019 which is set to be held from 14 to 20 October in Taichung City of Chinese Taipei. 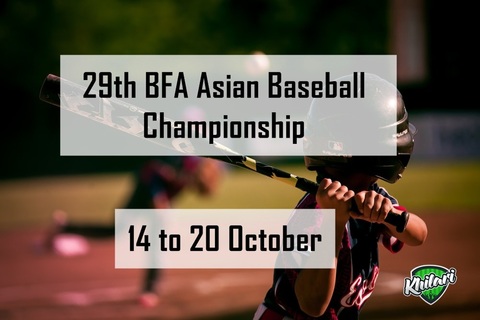 "We’ve received visas of our players and officials today and they will fly from Lahore Airport tomorrow. We’ve tried our best to prepare a strong outfit. The players have undergone tough training at a camp in Lahore. They are going with the conviction to finish at the top."

The world No. 24, Pakistan team qualified for 29th BFA Asian Championship, which also serves as an Olympic qualifier, after finishing second in the West Asia Baseball Cup that took place in Colombo in July this year.
This event is being organized by Baseball Federation of Asia that is featuring National teams of six Asian sides which include: China, Pakistan, Korea, Japan, Philippines, Hong Kong and Sri Lanka.
Pakistan has been grouped with China, Korea and Philippines in Pool B while Sri Lanka, Japan and Hong Kong are clubbed into Pool A. Pakistan will open its campaign against Philippines on 14th October and then will face Korea the next day.