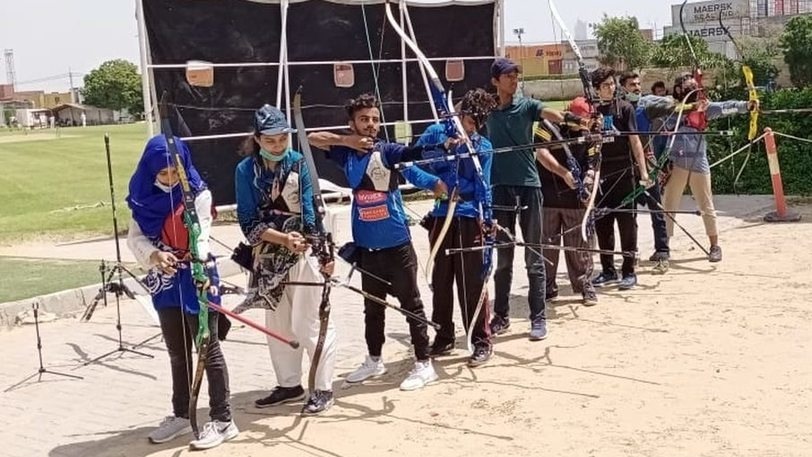 Noticeable talented archers are to feature in the National Archery Championship 2020 which is slated to be held in the last week of November in Karachi.

The National Archery Championship would be played under the auspices of the Pakistan Archery Federation (PAF) in collaboration with Sindh Archery Association (SAA).

Pakistan Army would defend the title in the championship to be inaugurated by the President, Pakistan Olympic Association, Lt. Gen. (R) Syed Arif Hassan, who is also PAF President.

A total of nine men and women's teams from all over the country would feature in the championship.

All the participating skilled archers will be seen competing with all their talent and accuracy at the target so as to win top honors in this championship which is offering attractive prizes, medals and certificates to the players and of all the participating teams.

President of Pakistan, Dr. Arif Alvi would be invited as chief guest at the concluding ceremony of the championship to award trophies and certificates to the players.