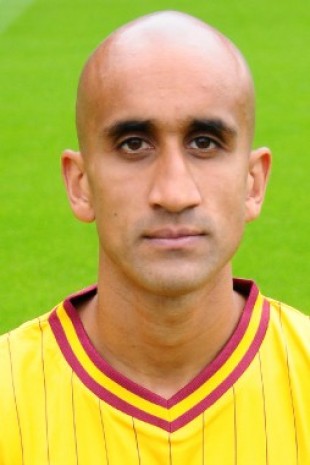 SAF Games
England U-20
England U-18
Edit this Profile


Biography:
He was the first British Asian to start a Premier League match and is the first to have played in all four divisions of professional football in England. He also plays for the Pakistan national football team and was the first Pakistani international footballer to play professional football in England, Thailand, Hong Kong and Malaysia, as well as the first Pakistani international to play in the AFC Cup. He started his career at Fulham and made a total of 21 league appearances, having loan spells at Brighton & Hove Albion and Norwich City. A transfer to Queens Park Rangers followed and he went on to make 46 appearances for the club. During his three years there he went on loan to Brighton & Hove Albion, Blackpool and Bradford City, moving permanently to the latter on a free transfer in June 2009. Having previously represented England at under-18, under-19 and under-20 levels, in 2005 he made his debut for Pakistan.