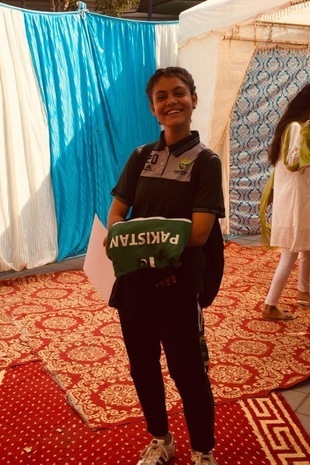 •She has more than 50 certificates for football and 15 certificates of other sport like athletics, badminton and cricket.


Shumaila hussain is an emerging footballer that belongs to Chitral, the largest district in the Khyber-Pakhtunkhwa province of Pakistan.

She has passed her matriculation from Agha Khan School kharadar, karachi.

Shumaila represents Pakistan internationally as a member of Pakistan Under-16 Football team.

She is a dexterous Futsal, athletics, badminton and cricket player too.

She plays for Diya Women Football Club since 2013 when she was in Grade 3.