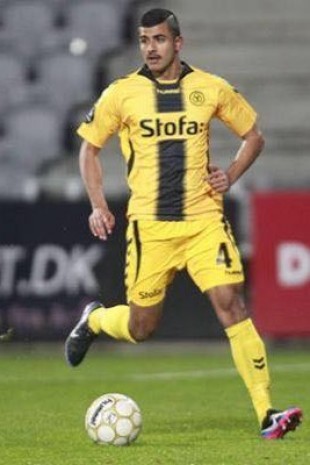 Nabil Aslam is a Pakistani footballer who plays as a defender for Svebølle B&I and the Pakistan national team. A versatile defender, Aslam primarily is a centre back, although he is a capable full back on either side. Physically strong and composed, he garnered a reputation as a tough-tackling, versatile defender.
Aslam started his career at Brøndby IF before moving to BK Frem where he developed from the youth ranks to the main team. After spending a few seasons at Frem he soon signed for AC Horsens and established himself as an integral part of the team reaching the final of 2011–12 Danish Cup, later helping Horsens reach the Europa League play-off round in the 2012-13 season. Later, after spending a season on loan with AB, he joined Svebølle B&I in 2015.
In February 2015, he was called by Pakistan national team to play for the 2018 FIFA World Cup qualification match against Yemen.[2] He made his debut for Pakistan in a 3–1 defeat against Yemen in the first-leg of the 2018 World Cup qualifiers.[3]